When you are owed money for the work you have done it’s not about going to adjudication, it’s about getting paid.

Adjudication is only one of several options usually available to claimants who are chasing unpaid money.

The other options might include pursuing entitlement under the contract through the dispute resolution provisions, making a claim to QCAT, and of course having recourse to the courts.

Of the available options pursuing adjudication through the BCIPA is quicker and generally less costly than the alternatives; however remembering that an adjudicator’s decision is an interim award only and not finally binding on the parties under the contract.

The objective of the BCIPA is to keep money flowing through the contractual chain by legislating for the adjudication of payment disputes.

Overall, the adjudication process is relatively quick for ‘standard’ payment claims ($750K or less), and if prepared properly and substantiated there is a good chance of success.

If in doubt – seek expert assistance from Adjudicate Assist. 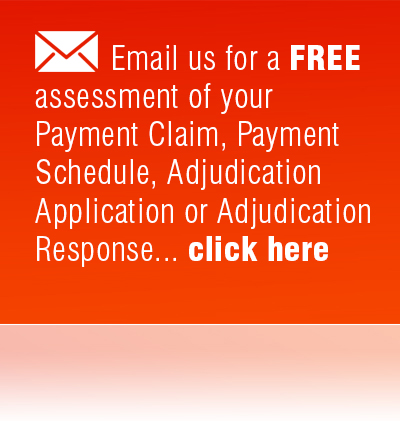 Please contact Adjudicate Assist in one of the following ways